During the British raj, Akkalkot was a princely state of ruled by the royal “ Bhosale” dynasty. The state came under the Deccan Agency and was bordered by Hydrabad State and the presidency of Bombay Presidency.

When India became free it was nominated as Taluka Place, from then Akkalkot became Taluka place.

Akkalkot is widely known for its association with Lord “Shri Swami Samarth” held by his devotes to be a reincarnation of Lord Dattatraya.

Marathi and Kannada are the official languages of Akkalkot. However kannada is widely spoken in Taluka with over 93% people speaking Kannada.

Shri NARASINGH SARASWATI MAHARAJ left Gangapur once and for all and went to kadalivana near Shailya Mallikarjuna for penance. After some years he moved to Himalayas. There he is said to have entered into Samadhi. Devotees believe he continued in that state for more than 300 years.

A huge anthill grew around the corporal body of shri Narshingh Saqraswati Maharaj and no one new what to him afterwords. Many years later, a woodcutters are accidently tell on some bushes about the ant hill. The woodcutter was aghast to find the axes blade the ant hill to find out who or what it was that had been hurt by his axe. To his great surprise, he found a yogi absorbed in penance! Slowly the Yogi opened his eyes and rose from his Samadhi and looked at the woodcutter who was trembling with fear and remorse.

Lord swami Samarth lived for over two decades (22 years) at Akkalkot, mainly at he residence of his disciple Cholappa, Where his Samadhi and shrine are now located . The shrine complex Vatavruksha Mandir, Which also encloses the banyan tree beneath which the swami would preach his message, is the hub of devotions for his followers, free accommodation & meals are provided to pilgrims by Shri Swami Samarth Annachatra Mandal also.

On April 30, 1878(Chaitra Vadya Trayodashi) of hindu year after nearly 600 years of the incarnation, The great sage adopted “Mahasamadhi” (the last conscious communion with God) under his favorite Banyan Tree. His spiritual powers are experienced by devotees even now.
They feel definite response to their prayers.

Devotees still experience his divine presence and feel reassured because of his quote “ I have not gone, I am still present”

1. Establishment of Shri swami Samarth Devasthan Trust.
2.The Trust of Lord Swami Maharaj Devasthan was eastablished in the year 1952 to perform social activities which have been beneficial to the society.
3. Various Implementations on behalf of Devasthan trust.

The Devotees, who come from longer distances to dedicate their pray in the feet of Lord Swami Samarth, should not face the problem of accommodation, The trust came forward and determined to build “ Bhakt Niwas” .Because of this moment many devote, coming from any regions of India can live here happily paying least rent for a day.

For the upliftment of the Kids, the trust opened Shishu Vihar, where the students of poor people can take educations.

SVSMD’s trust had resolved to get built a hospital equipped with all modern facilities mainly catering to the needs of the down trodden population in the vicinity of village Akkalkot. However a 24 hours Free Dispensary was run to provide medical aid to the needy villagers.

For making the rural area students well versed in case of technical field, The trust established polytechnic college in the year 2009
Many Students from rural area are completing their diploma degree & being placed in well known companies.
One more thing that is to be shared is the students who stay in hostel of our college pay only 5000/- fees, in that fee they are available mess facility for two times a day. 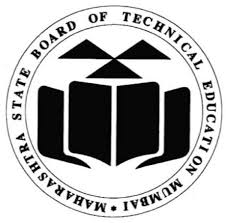 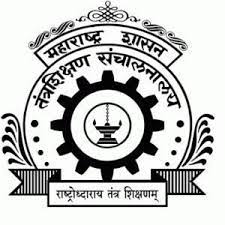